In this tutorial, we’ll show you the different ways you can ensure that your app is secure and nobody is using your account for fraudulent verifications.

Sinch offers 2 ways to secure your app, the first one is the Callback/webhook way of securing it which we’ll dive into today, and the other is Application Signed requests, but that’s a post for another day.

This is the recommended way of securing your verification. Using Sinch Verification we send two events to your back end (if configured), one when someone wants to create a verification and one when the client tried to authenticate.

We chose this approach for a couple of reasons, the first was to enable developers to easy try it out with no backend, the second was that we did not want to have the key and secret in-app, and OAuth seemed over complicated for a process that will most likely only occur once. 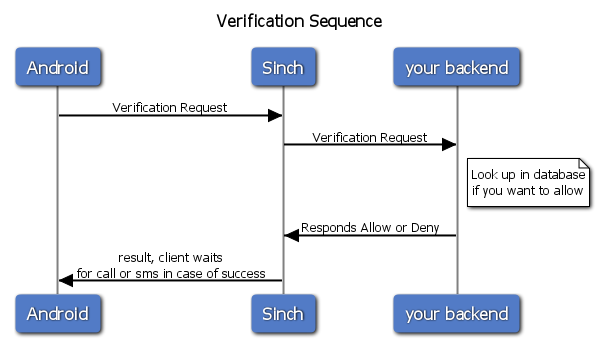 You can verify that the request is from us by signing the request you receive and comparing the hash with authorization, or if you prefer, ship a custom variable like your Token for your own api requests and validate that in the custom variables.

Using node to respond to your callbacks

Today I will set up a backend to allow or deny a verification attempt using Node.JS and Express . For testing and generating requests I will use our api explorer that you’ll find in the dashboard

With this basic setup I can start writing some code. As I previously mentioned, when a verification request is made you get that event posted to an URL. That will be a POST request and contain data similar to below:

There are a few parameters here that I want to point out - The event to know what kind of event is being sent to us - Identity or enough custom data to inform us of whether the requests should be allowed or denied.

In index.js I create some basic config and routes:

Using PostMan, I post to the localhost:8080/sinch and see the message response,not very exciting so here’s what I want to do:

The code above doesn’t do anything fancy, just pushes a new number in to the array. I will use this in the web-hook endpoint next.

Sinch posts every event to the same endpoint, so the first task is to determine if the event is a Request or Result event. The requestEvent is triggered when someone starts a verification, the result event is triggered every time someone tries to verify a code.

Next, I will add implementation to handle the RequestEvent by checking if the number is in allowed number array. This is also where you can set the code and make some other changes to the Veriifcation requests. View the docs for more details.

If the function lookUpNumber returns true, allow it, otherwise deny. This is a time when I really miss c# with its lambda! It’d be so nice to be able to query the array for the key instead of a custom function. But today I am working with node so let’s implement the custom function.

That finishes off the implementation for the Request event, and next I want to handle the result event. Look at the result and if it’s a success, remove it from the list (if it fails it should notify the client, but that’s outside the scope of this tutorial)

In the if statement for “VerificationResultEvent” I added the following code:

And the function to search and remove an element in an array:

Now I just need to test! To do that, I will use ngrok, , which if you havent set up, you’ll want to. Check out my previous post about ngrok and why I love it.

I will head over to my app in the dashboard and change the url to the above url.

Using the dev tools in the portal to hit my number again, and what happens? 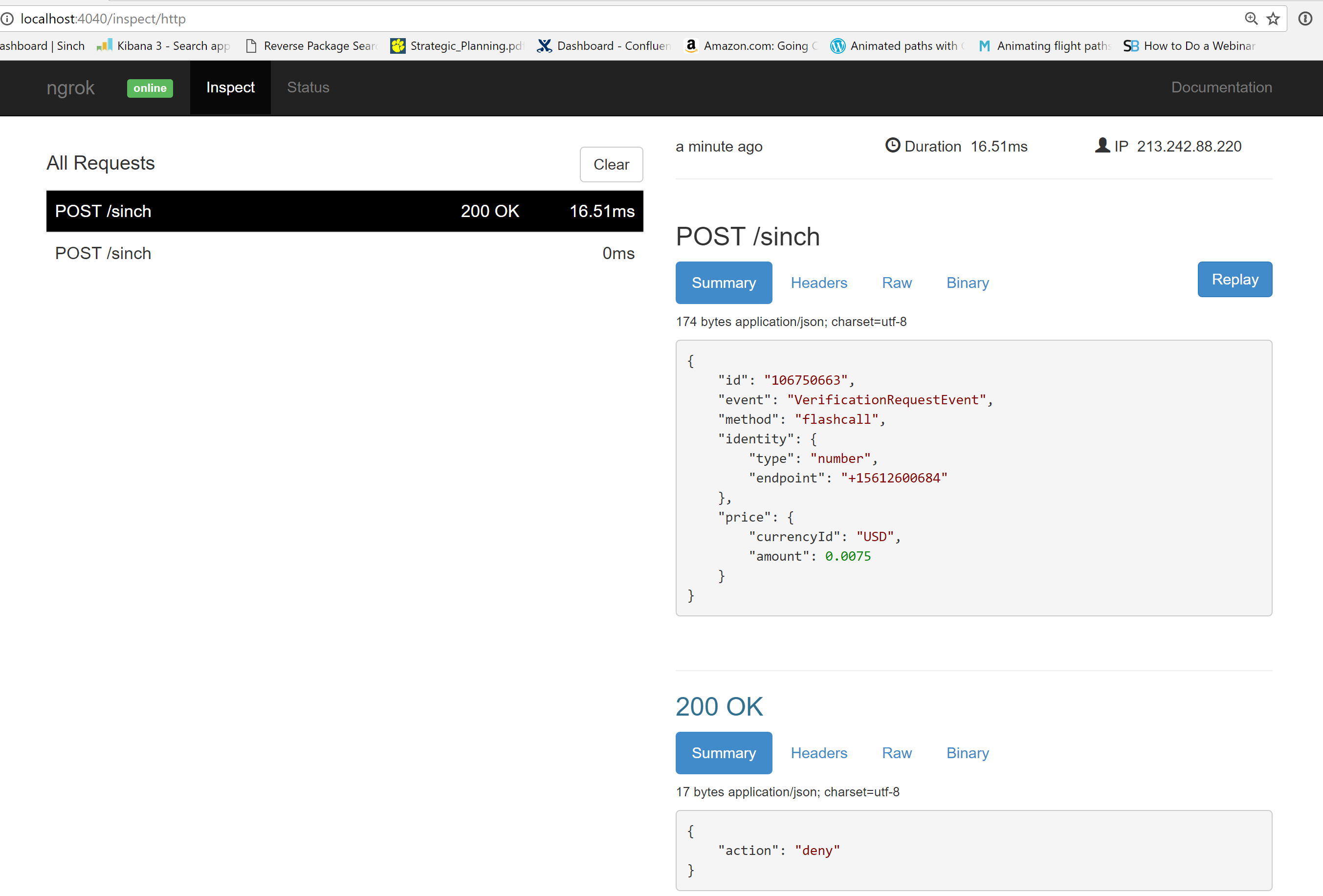 Ok, hit the number again and this time I get the expected allow! 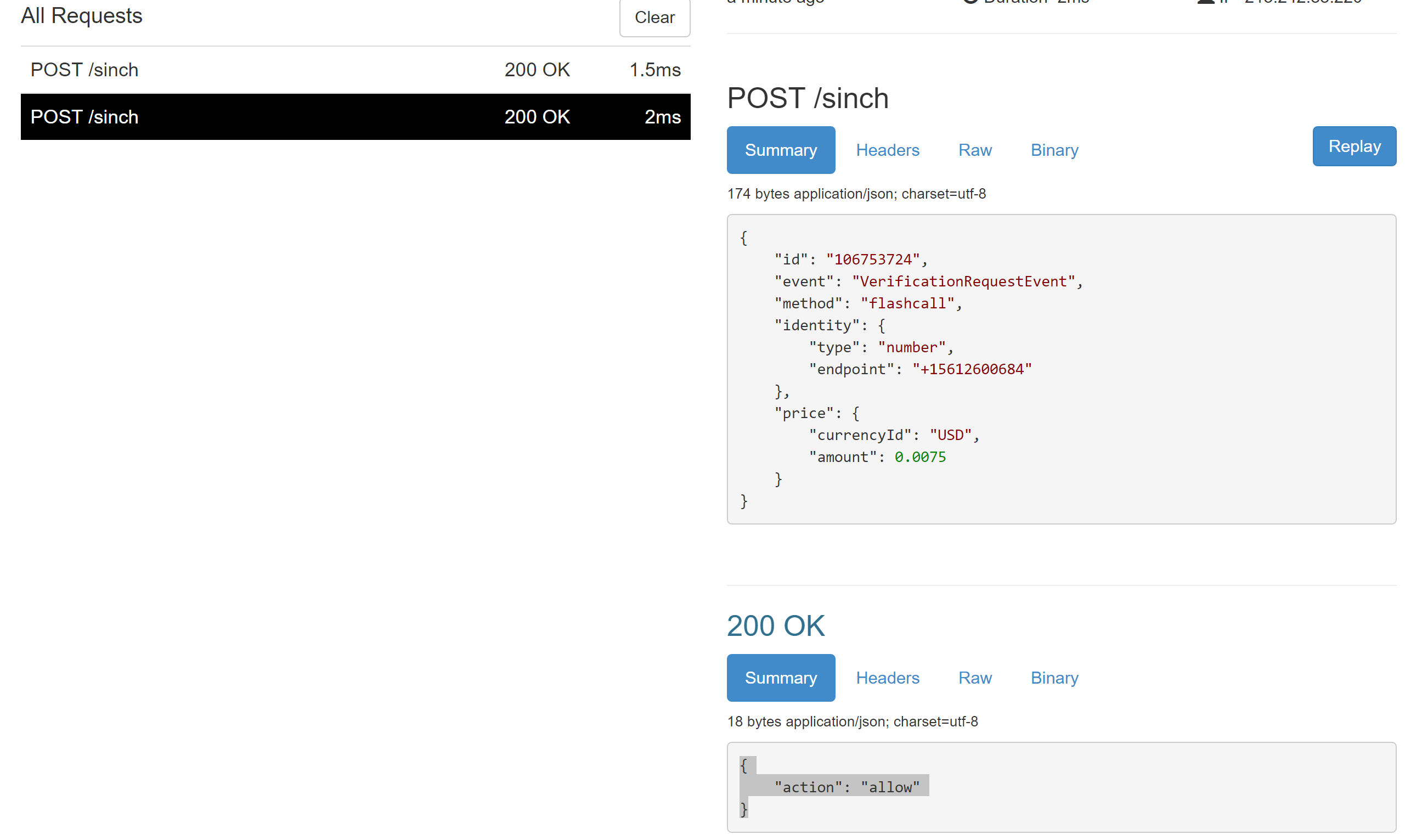 In order to use our verificaiton SDK, next steps for a real app would be to add logging, support for more types of verificaitons, and of course persistence and real security on my added numbers end points. To add some more security and verify the requests I get from the sinch plattform using our request module.